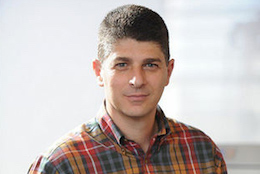 Edgard Bressani is Director/Owner at Capricornio Coffees in Brazil. He studied to be a diplomat and became an “ambassador” of Brazilian Specialty Coffee, spending abroad 180 days a year, holding cuppings for his company, Capricornio Coffees, in Europe, Asia, Middle East and in the USA. He is a board member for AMSC, author of “The Barista Guide”, shareholder of the roastery Bravo Café. He was also the Executive Director of BSCA; a member of the International Relations Council of the SCAA; the Brazilian National Chapter Coordinator for SCAE; a WBC Certified Judge; a WCE Board Member, President of Brazil Barista Association and President of Brazil Coffee Origins Association.

In 2001, he became BSCA Executive Director, In 2006, Bressani worked for P&A International Marketing, as consultant, and was involved in programs in partnership with the ICO to Increase Coffee Consumption in Producing Countries and well as in the Center of Coffee Intelligence in his country. In 2007 he was invited to work for Ipanema Coffees in charge of New Business Development, Marketing and Institutional Relations. He has also been an active volunteer of the World Coffee Events, served on WBC’s Rules and Regulations Committee, WBC’s Training Committee and WBC’s National Support Committee. In 2010, he was invited to be the CEO of a large agricultural and livestock division in Brazil. in 2016 he started Capricornio with 2 friends.

“There are no problems, only solutions.”  – John Lennon. Introduction Coffee producing communities have always faced challenges. Unfortunately, new challenges have arisen due to COVID-19. Producers must find solutions quickly or risk going out of business this year. Panel Questions We will learn about the COVID-19 challenges and problems faced by small farmers face in […]